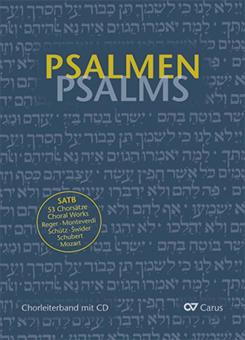 The Choral Collection Psalms contains over 50 settings for mixed unaccompanied choir from six centuries. It is a true treasure-trove of compositions in various styles and levels of difficulty: with some unknown new discoveries and some classics of the choral literature, the selection will enrich both worship and concerts.

The 150 psalms of the Old Testament express rejoicing, joy, confidence, but also lament, grief, anger, and even doubt. The psalms are present throughout Christianity and Judaism to this day, and are sung worldwide in countless settings. The Choral Collection Psalms displays the whole stylistic and linguistic variety ranging from contemplative, simple 'Anglican chant' through Russian Orthodox homophony to virtuoso motets with jazzy echoes.

The linguistic spectrum is equally broad: English, French, German (some with added singable English translation), Estonian, Icelandic and, of course, Latin psalm settings are represented, as well as works in Church Slavonic and Hebrew (both accompanied by transliterations and a singable German text). The foreword (German / English) offers many hints regarding the performance of the psalm settings, and a detailed index will help with choosing appropriate pieces for the liturgical occasion according to the Anglican, Protestant, or Catholic calendar.

Over the last ten years editor Stefan Schuck has performed two psalm compositions every week in his NoonSong series in Berlin. From the resulting 800 works, he has selected the most interesting compositions arranged according to level of difficulty. The choral director?s volume includes a CD with recordings of selected works, sung by sirventes and conducted by the editor, which will help with learning and rehearsing the repertoire.

> over 50 psalm settings from six centuries for worship and concert use
> stylistic variety and mixed levels of difficulty: from 'Anglican Chant' to virtuoso motets
> for four-part mixed choir, some with organ/piano accompaniment
> transliterations and German singing texts help with practising cross-cultural repertoire
> liturgical classification of all settings for Catholic, Protestant, and Anglican lectionary
> includes many unknown jewels such as 'Boze, Boze moj' (César Cui), 'Jauschëw be sesër eljaun'
> (David Rubin), and Schubert?s setting of Psalm 23 in the first Hebrew version
> CD recording (sirventes, cond. Stefan Schuck) with a selection of settings helps with getting to know the pieces
> economical choral edition (editionchor) available

Defend me, Lord from shame

The Lord is my strength 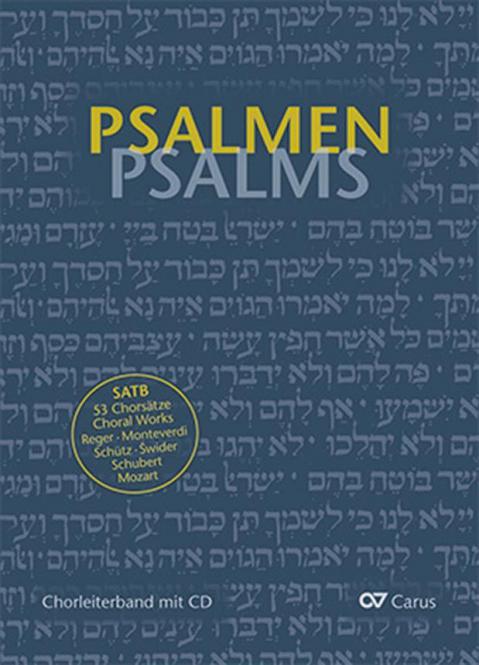